Ancient Forest Alliance campaigners and Ken Wu of the Endangered Ecosystems Alliance have identified what may very well be one of Canada’s most spectacular old-growth forests near Port Renfrew on Vancouver Island, in the unceded territory of the Pacheedaht First Nation band: the magnificent “Mossome Grove” (short for “Mossy and Awesome” Grove).

This 13-hectare grove is a unique combination of towering Sitka spruce trees, as tall and straight as Roman pillars, and massive bigleaf maples, draped in mosses and ferns and resembling prehistoric monsters. Not even Hollywood could create a grove more stunning and picturesque than this one!

Several of Mossome Grove’s largest trees are near-record size, including two Sitka spruce trees that would rank in the top 10 Sitka spruce on the BC Big Tree Registry, as well as a ginormous bigleaf maple, nicknamed the ‘Woolly Giant,’ that would rank the ninth widest on the registry (at 2.29m or 7 feet, 6 inches in diameter), with a massive, shaggy, moss-covered branch measuring 23.1 meters (76 feet) long! 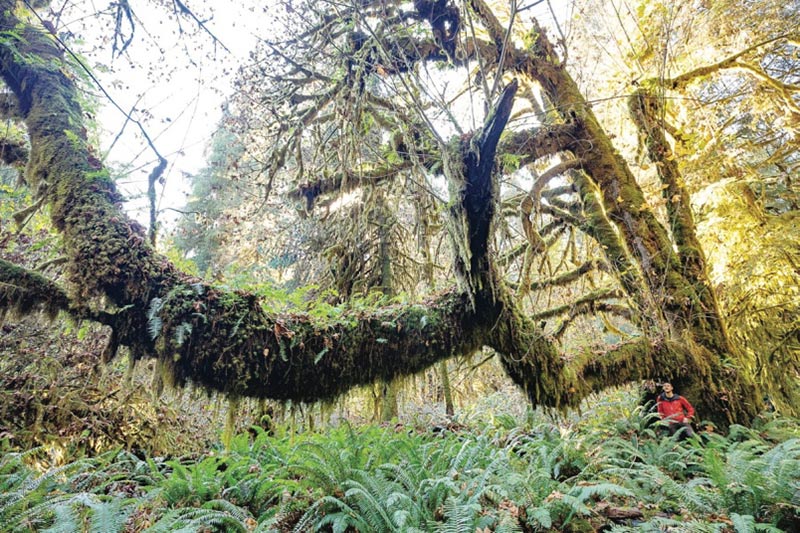 Mossome Grove is located on Crown lands in the operating area of BC Timber Sales (BCTS), with some 3 to 4 hectares protected in an Old-Growth Management Area and riparian reserve, a portion (3 to 4 hectares) unprotected within a woodlot licence, and the rest unprotected, falling under the regulatory authority of BCTS, the notorious BC government logging agency that has come under fire across the province for auctioning off old-growth forests to be clearcut in places such as the Nahmint Valley.

While there are no logging plans for Mossome Grove at this time, large parts of this awe-inspiring rainforest could be logged if left unprotected. To ensure Mossome Grove and other ancient forests remain intact, the NDP government must take immediate steps to protect BC’s biggest trees, grandest groves, and most endangered old-growth forest ecosystems, and develop a comprehensive, science-based plan to protect old-growth forests, while supporting First Nations’ rights, economies, and communities. 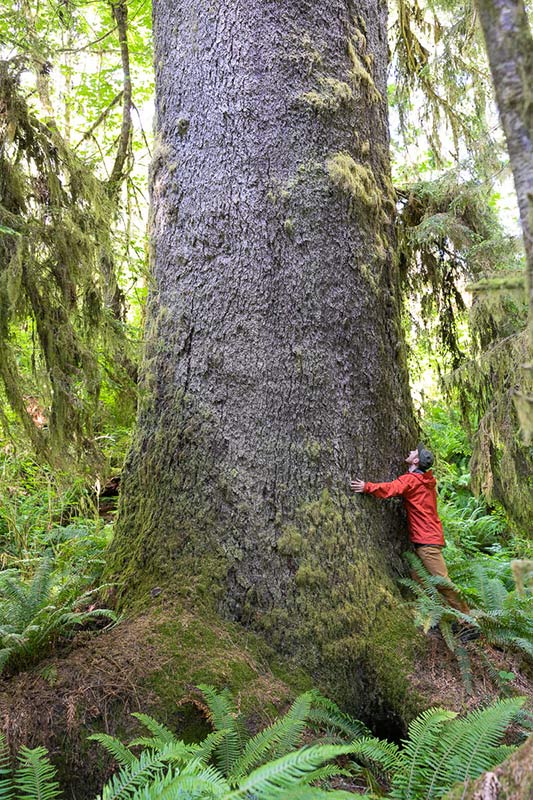