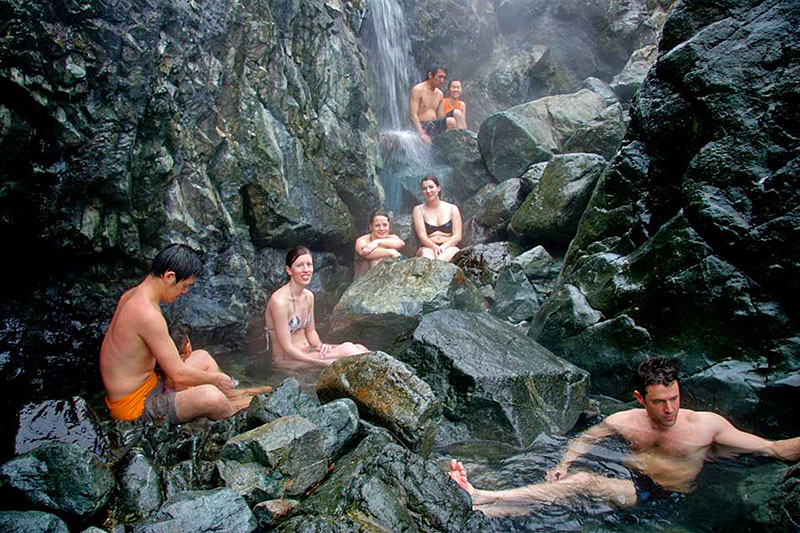 Hot Springs Cove is a splendid hot spring located in Maquinna Provincial Park on Vancouver Island in the remote northern end of Clayoquot Sound. The undeveloped natural hot mineral spring pools are still enjoyable in their natural state, reached via a pleasant two-kilometre boardwalk through old-growth rainforest from the landing on Openit Peninsula. 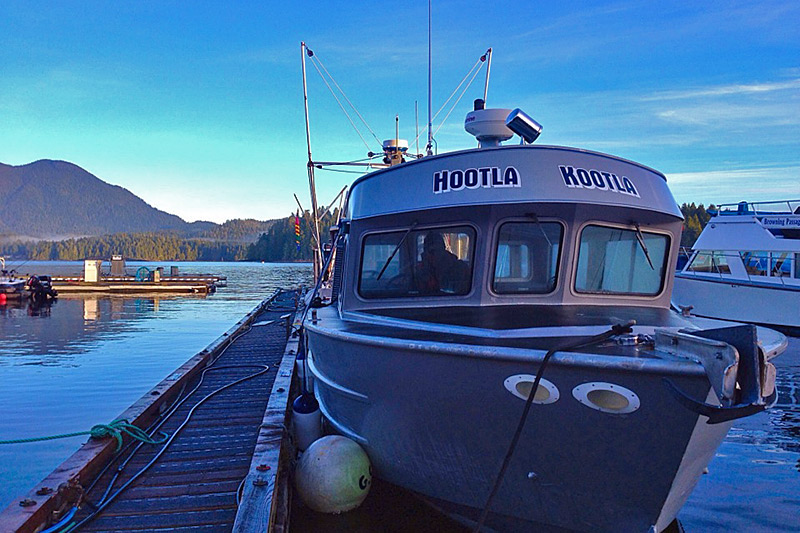 This part of Vancouver Island rests on an unstable portion of the earth’s crust, known as a fault. This major fault, extending offshore from Mate Island north along the west side of Hot Springs Cove to Hesquiaht Lake, is associated with intense heat and pressure generated from deep within the earth.

The hot springs are created by surface water flowing through a fault in the earth’s crust to a depth of about five kilometres. The water is heated to a temperature of 109 degrees Celsius and forced back to the surface by hydrostatic pressure, where it discharges through a fissure at an average temperature of 50 degrees C (122 degrees Fahrenheit). 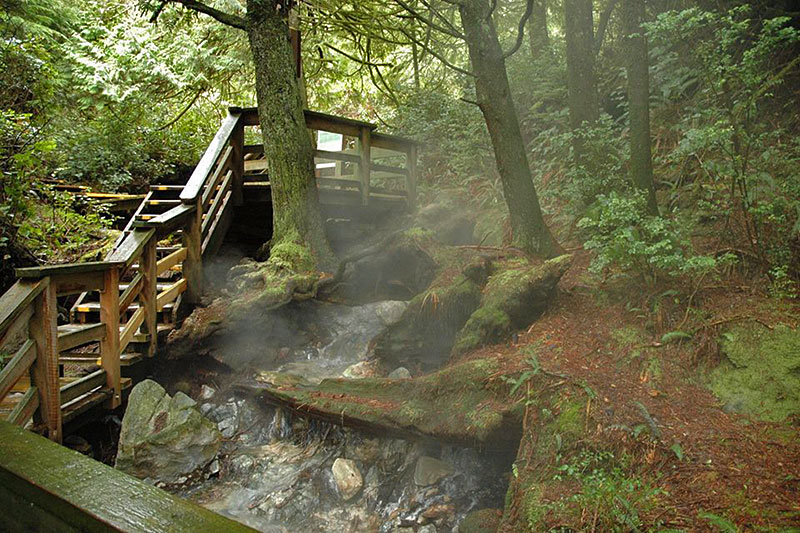 The west coast of Vancouver Island was rocked by a 4.8-magnitude earthquake that hit 18 kilometres east-northeast of Tofino at a depth of 24 kilometres on Wednesday, 7 January, 2015. No property damage was reported, but officials from the Hesquiaht First Nation community of Hot Springs (Refuge Cove) village on the west side of the cove reported that the spring’s water was cool the day after the quake, and the sulphur smell was absent.

This news was chilling for the numerous adventure companies in Tofino, Ahousaht and Hotsprings Village that offer tours and transportation to Hot Springs Cove, which is only accessible by water or air. Equally distraught were the thousands of visitors from around the world who flock to the fabulous springs every year for a relaxing soak.

Fortunately, what nature takes away she is sometimes generous enough to restore, and by the Friday, just two days after the shake, the water was starting to warm again, and by the following day, Hot Springs Cove was back to its normal, steaming, blissful 50-degree best. 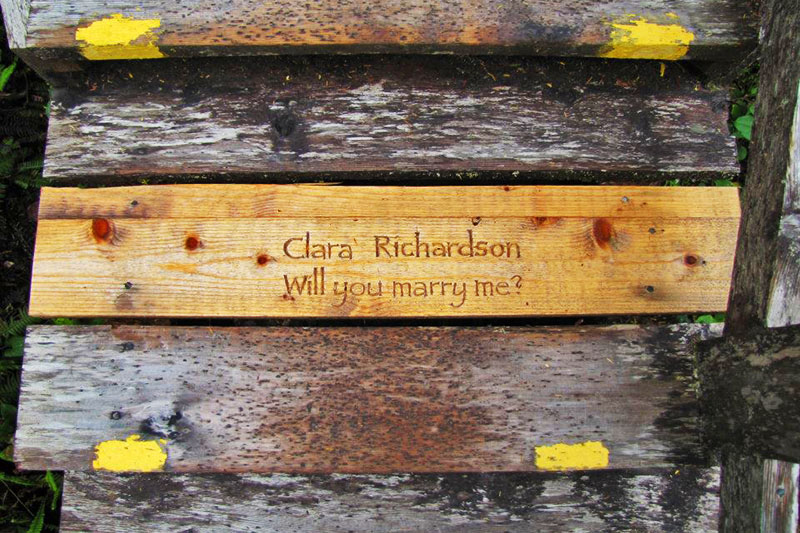 This is not the first hot spring to suffer the consequence of an earthquake in British Columbia. Following the 7.7-magnitude earthquake that rocked Haida Gwaii on Saturday October 27, 2012, the three hot-spring pools on Hot Spring Island, or Gandll K’in Gwaayaay, were cold and empty. The shifting tectonic plates and reorganization of stress had evidently affected the pathways the water took to the surface. However, staff from Gwaii Haanas National Park announced in May 2014 that there was increased water flow, higher temperatures, and greater thermal activity than at any time since the earthquake, so the springs on Hot Spring Island could also return to normal over time.