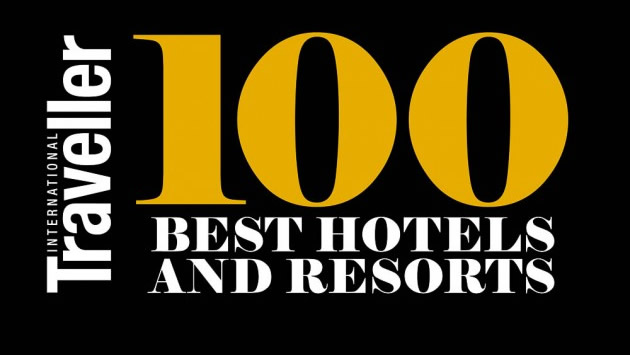 Congratulations to three British Columbia resorts included in the 100 Best Hotels and Resorts in the World by International Traveller Magazine. All three resorts are located in or near Tofino on Vancouver Island.

Swoop in by seaplane or arrive by boat to this tiny outpost in the magnificent wilderness country of Vancouver Island’s west coast.

The guest tents are huge white canvas prospector-style shelters kitted out with mahogany chests, heirloom silver and fluffy duvets. The Activity Director will arrange whatever you like: horse riding, kayaking, fishing, watching for whales and black bears, or hiking through ancient growth forests to hot springs.

Chef Ryan Orr’s food is a refined epicurean adventure with dishes such as local oyster chowder and pan-seared wild Pacific salmon. After dinner, quick-step along the cedar boardwalks to the games tent or the library tent before turning in (and listening for bears!).
Size 20 tents

Did you know?
The Resort is within the Clayoquot Sound Biosphere Reserve – a UNESCO site that supports wild salmon and 1000-year-old cedars.

“You can surf right outside your front door and the sunsets from your jacuzzi are mind-blowing.” Craig Tansley

You can hike, kayak or zipline through the Kennedy River Canyon. Wildlife watching is incredible (there are bears!). Inside is cosy with a huge stone fireplace and floor-to-ceiling ocean views.

The cuisine suits the surroundings: fresh seafood and foraged produce.

“This was a remarkable hotel, with serenity all around.”

Did you know?
From June to November, orcas, humpbacks, porpoises, sea lions, harbour seals and resident grey whales pass through these waters.

Wickaninnish Inn stands on a wind-lashed rocky promontory backed by old-growth forests on Vancouver Island’s west coast. On the edge of Pacific Rim National Park, this is one of the world’s top storm-watching destinations.

The inn, however, is comfortable and cosy. Guestrooms have floor-to-ceiling windows and balconies, and loads of thoughtful extras (raincoats, brollies, beach towels, binoculars). The Pointe Restaurant’s Pacific Northwest cuisine makes the most of the ocean’s bounty.

There’s a first-class wine list and a heady selection of single malt whisky.

“Spectacular surroundings and remoteness. Staying at the Wickaninnish Inn is the icing on the cake.”

Did you know?
Wickaninnish, which means ‘no one in front in the canoe’, was the chief of the local First Nation during first contact with Europeans.