A Spectacular Day of Whale Research off Vancouver Island 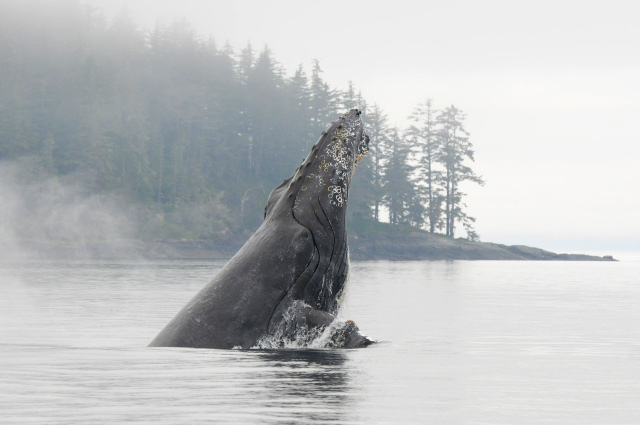 Even though it has been 10 years since my first summer working with whales off northeastern Vancouver Island, British Columbia, there are still days that leave me stunned at how incredible this area really is in terms of the numbers, diversity, and behaviours of marine mammals found here.

Just over a week ago, I was on the Merlin, the Marine Education and Research Society (MERS) research and response vessel, monitoring the behaviour of whales around the commercial fishery for chum salmon, collecting data on the numbers and locations of fishing nets and whales, and standing by in case of an entanglement. Together with Marie Fournier, who was helping MERS out with these efforts, I was sitting in the fog and light rain in Queen Charlotte Strait when we heard a loud whale blow, and looked toward Malcolm Island to see a whale with a long body and small, curved dorsal fin surfacing close to the shoreline. We were amazed and excited to see that this was a fin whale, part of a threatened population that is only very occasionally seen off northeastern Vancouver Island. While two fin whales were seen in the area in 2011 and two more in 2012, this was my first time seeing the world’s second-largest whale species here. We collected identification photographs of the fin whale for our colleagues at Fisheries and Oceans Canada, and based on the shape of the dorsal fin and scarring on the whale’s body, we were able to confirm that this was a different individual from the fin whales seen in 2011 and 2012. 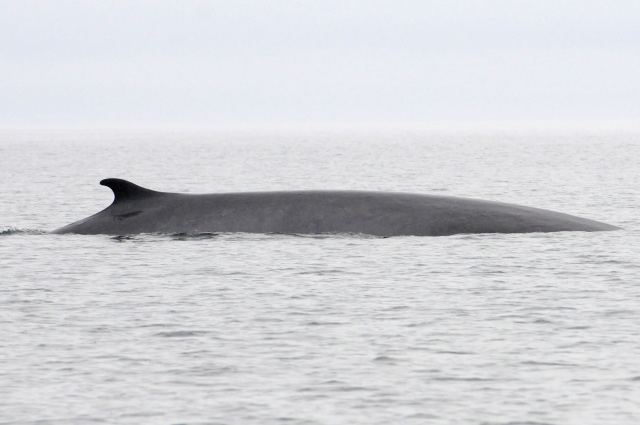 A rare sighting of a fin whale in Queen Charlotte Strait. Photo by Christie McMillan, MERS.

After leaving the fin whale, we headed into Blackfish Sound and came across two very surface-active humpback whales. The behaviour of humpbacks at this time of year is quite different than during the summer. When humpback whales return to Vancouver Island after their winter migrations to Hawaii or Mexico where there is little to no food for them, they appear to be very focused on feeding. In the fall, however, they tend to spend more time socializing. 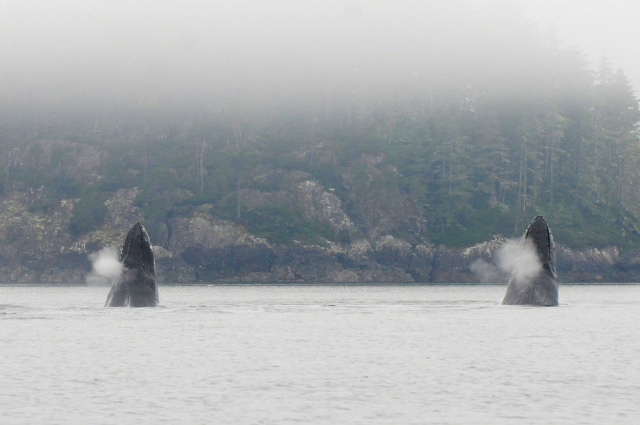 On Saturday, “Claw”, a whale that was first seen in the area in 2011 and “Zorro”, a whale new to the area this year, were very surface active, interacting with one another. They were “head-lobbing” (bringing their heads out of the water and slapping them down on the water’s surface), breaching, and tail-slapping. Almost every time the whales surfaced, Zorro was behind Claw and appeared to be posturing, exhibiting behaviours similar to humpback whale males in competitive groups in the breeding grounds. We are unsure of whether this behaviour around northern Vancouver Island is related to mating, but we do know that it happens more frequently as the breeding season approaches. 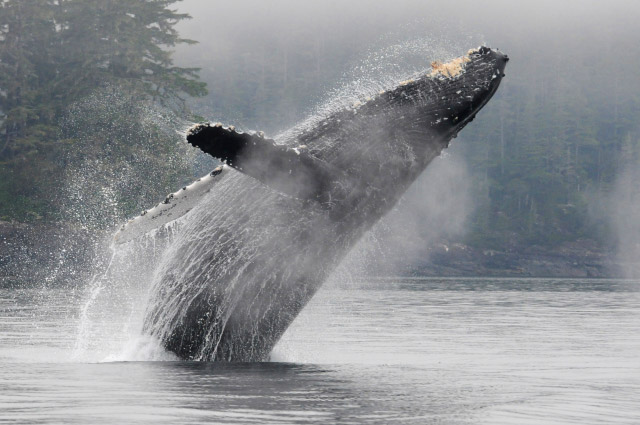 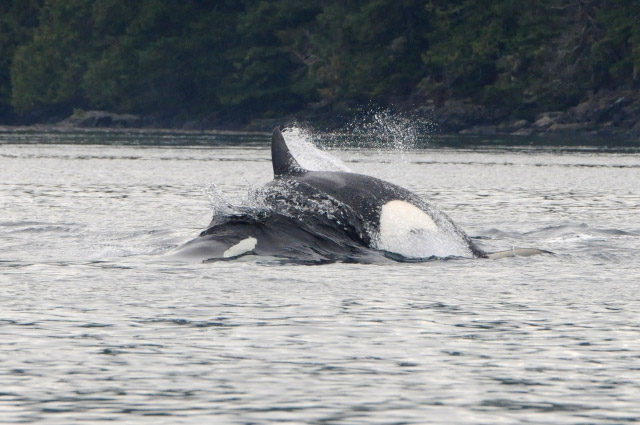 Partway through the sea lion chase, two humpback whales (“Domino” and “Backsplash”) came swimming rapidly over from the other side of Blackney Pass. They immediately began interacting with the killer whales, surfacing right next to them. Shortly after, they were joined by a third humpback whale, “Quartz”. The two species of whales continued to follow and interact with one another for over half an hour. We are unsure of why these species were in such close proximity to one another… it may have been territorial behaviour, it may be that humpback whales are keeping an eye on potential danger, or there may be another reason for this behaviour. Regardless, it was a reminder of how much we have yet to understand about these two species. 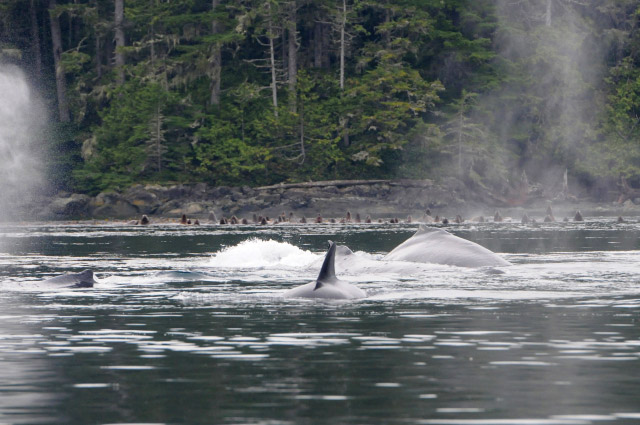 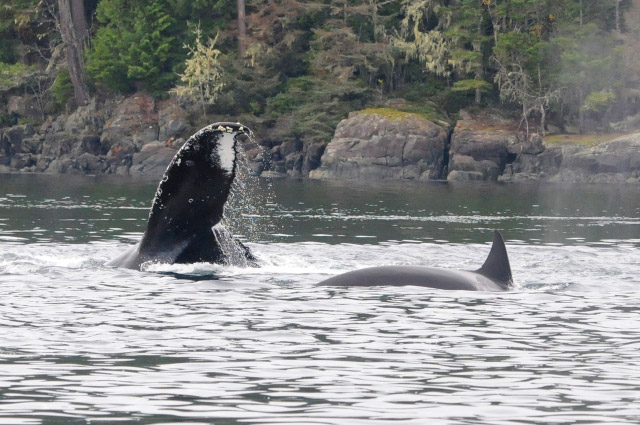 Our 2015 field season is now drawing to a close … my 10th year of collecting humpback whale data off northeastern Vancouver Island. A day as remarkable as this one has me looking forward to the next field season, when we can continue to address some of the many questions regarding the humpback whales in this area and the threats they face.