Vancouver Island in British Columbia, Canada, is located on the eastern edge of the Pacific Ocean, offshore from the city of Vancouver on the BC mainland. Victoria, the capital of British Columbia, is located on the southern tip of Vancouver Island. Victoria claims the mildest climate in Canada because the Pacific Ocean in this region maintains a constant temperature of 50 degrees F. Prevailing westerly ocean winds provide a buffer to warmer summer and cooler winter temperatures. 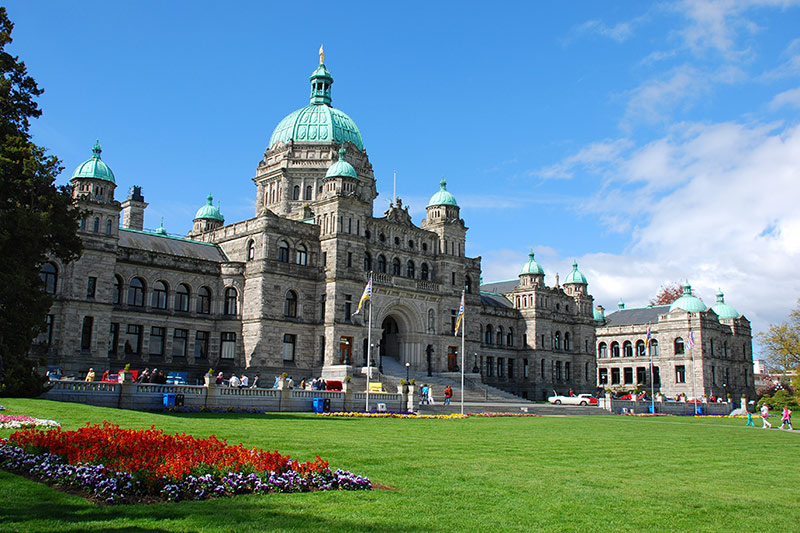 Legislative Building of the Government of British Columbia in Victoria

The history of Vancouver Island is an interesting amalgamation of First Nations and European culture. It began with Captain Cook’s arrival at Nootka Island in 1778 and, subsequently, as English and Spanish explorers found their way to the lush paradise of the Pacific Northwest. Today, the combination of Aboriginal, Spanish and English heritage is reflected in the place names along the coast.