Clayoquot Sound Lands to be Protected by Ahousaht First Nation 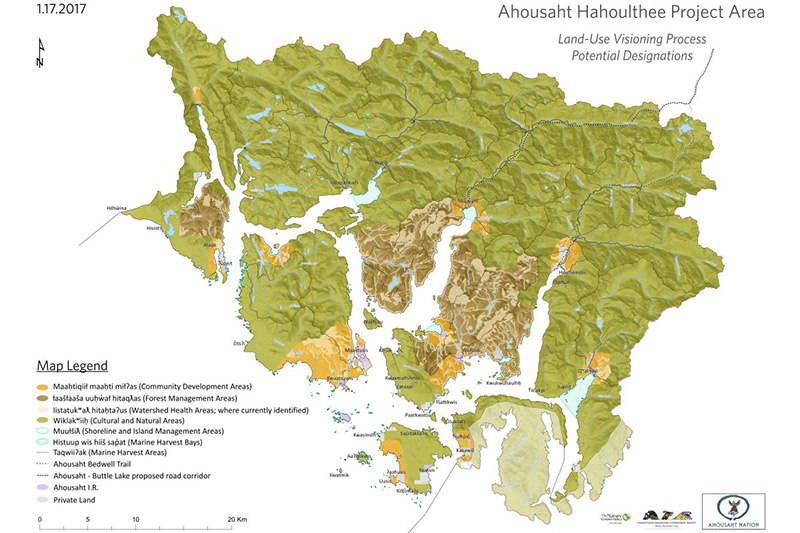 The Ahousaht First Nation has announced the fantastic news that over 80% of their Clayoquot Sound lands on the west coast of Vancouver Island are to be protected.

Last week the Ahousaht First Nation band in Clayoquot Sound near Tofino, that has the largest tracts of old-growth forests in their territory of any Vancouver Island band, announced their land use plan vision. They plan to designate 82% of their 170,000-hectare territory as WIKLAKʷIIḤ7 or Ahousaht “Cultural and Natural Areas” that prohibit logging, mining, and oil and gas development, including most of Flores and Vargas Islands, and the Sydney, Ursus, Pretty Girl and Bulson Valleys.

This is the largest leap forward in old-growth forest conservation on Vancouver Island in over 20 years! Great thanks to the Ahousaht people and leadership, and the conservation groups for their excellent work to develop this vision over many years.