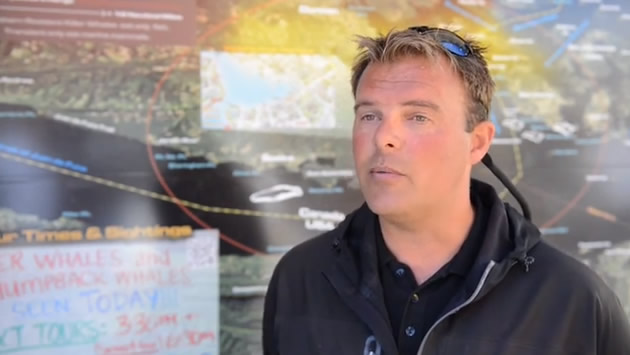 Owner, Brett Soberg, has worked to ‘create a new model for what a responsible whale watching company should look like on and off the water.’ Soberg received the Community Environmental Leader category CRD Ecostar Award which honours the work of an individual who has continually gone the extra mile to help steward our environment and engage in conservation. Eagle Wing Tours received the Tourism Sustainability Award from Tourism Vancouver Island, which recognizes a tourism business in the Vancouver Island Region that has set out to minimize their environmental impact, conserve natural resources, respect local cultures and benefit local communities.

Eagle Wing Tours is Canada’s first 100% carbon neutral whale watching company and the only one to support 1% For the Planet. Other efforts include the Wild for Whales adoption program, the Earth Day Garbage Showdown and the World Oceans Day Celebration at Fisherman’s Wharf. With sustainability integrated into the core of how they do business, Eagle Wing Tours will continue to lead the way for responsible ecotourism in Victoria and around the world.

The World Tourism Organization estimates that “global spending on ecotourism is increasing at a higher rate than the industry-wide average growth” and “more than a third of travelers are found to favour environmentally-friendly tourism and are willing to pay between 2 and 40 per cent more for this experience.” Social and environmental awareness, especially in the younger demographic, is creating increased demand for eco-friendly choices. Some local leaders are embracing this new market and adjusting their internal operations, products and services to match the changing landscape of Victoria’s second largest industry.

“What this means is a total shift in how consumers purchase and, therefore; how businesses must act. A handful of companies, such as Eagle Wing Tours, are setting the bar high for other businesses.”- Jill Doucette, Founder of Synergy Enterprises & Synergy Sustainability Institute.