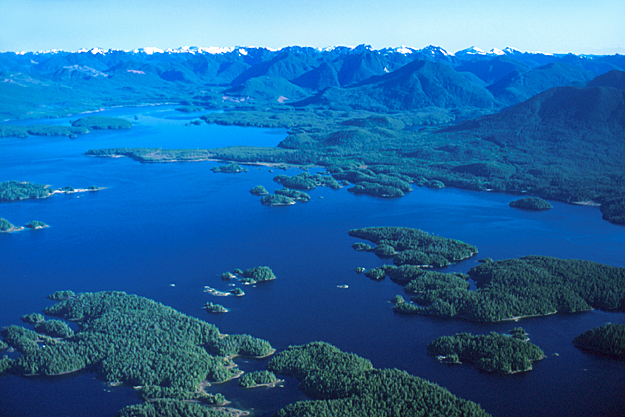 Few areas in the world are as beautiful to explore by kayak as the coastal waters of BC, with its jagged coastline and thousands of islands, inlets and coves. British Columbia’s rugged coastline is one of the premier ocean kayaking destinations in the world, and one area known internationally for awesome kayaking and wilderness camping is the Broken Group Islands.

Located on the west coast of Vancouver Island, the Broken Group Islands comprise one of the three main recreational components of Pacific Rim National Park, consisting of over 100 islands, islets and rocky outcrops scattered in the centre of Barkley Sound, between Loudoun Channel and Imperial Eagle Channel.

The popularity of these islands with paddlers and boaters arises from the true west coast experience that can be enjoyed in relatively sheltered water. The ease with which less-experienced sea kayakers can reach the Broken Group Islands on the MV Frances Barkley from Port Alberni and Ucluelet contributes greatly to their allure and charm.

Natural features of this tranquil group of islands include lagoons, sandbars, blowholes, arches and secluded anchorages. Ancient native middens, village fortifications, stone fishtraps and archaeological sites stimulate the imagination of visitors to this traditional territory of the Nuu-chah-nulth people.