Keepers of the Air, Land and Water 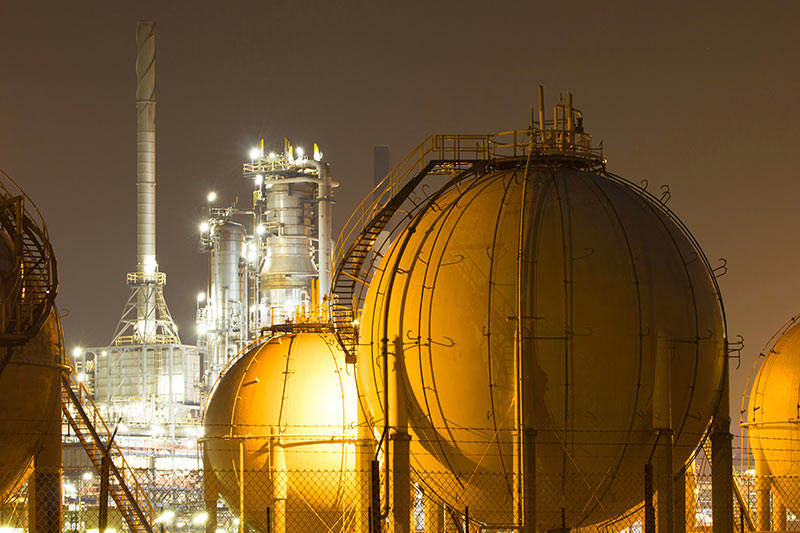 Is a proposed LNG plant to be located in Greater Victoria, British Columbia?

The Supreme Court of Canada ruling last summer in favour of the Tsilhqot’in First Nation in British Columbia points our country in a new direction, with aboriginal title over traditional lands finally and irrevocably recognized in Canada.

This long, hard-fought battle demonstrates that the old rules no longer fit our modern world. New rules apply now, and new laws must be crafted to recognise this land ownership and the right to self-governance. First Nations have good reason to be delighted with this legal clarification, but it does come with wide-ranging responsibilities.

First Nation bands in British Columbia speak proudly, and rightly, of their ancestral culture and long history of being keepers of the air, land and water, and preservers of the abundant fauna and delicate flora that flourish in their traditional territory. Many lands and animals are considered sacred in their culture, so protection of their territory – and everything within it – is of utmost importance to them, as it should be to all of us.

As First Nations people stand up for their respective nations and their traditional territories, they are supported by the majority of British Columbians, who not only support their cause, but in fact rely on the First Nations to protect British Columbia from our provincial and federal governments and their international natural-resource extraction partners who are driven solely by the almighty dollar and an addiction to fossil fuels.

On 17 July, 2015, the Malahat First Nation north of Victoria announced their purchase of 525 hectares of land in Bamberton from Bamberton Properties LLP for $35 million – a lot of cash for a small band of just 300 members. Chief Michael Harry indicated that there were no immediate development plans for the site. (Source: Times Colonist). This property, located 40 kilometres north of Victoria on southern Vancouver Island, has changed hands more than once recently, as various residential development plans failed to materialize due to a number of factors, including the environmental impact, traffic density on the Malahat, and a shortage of water. 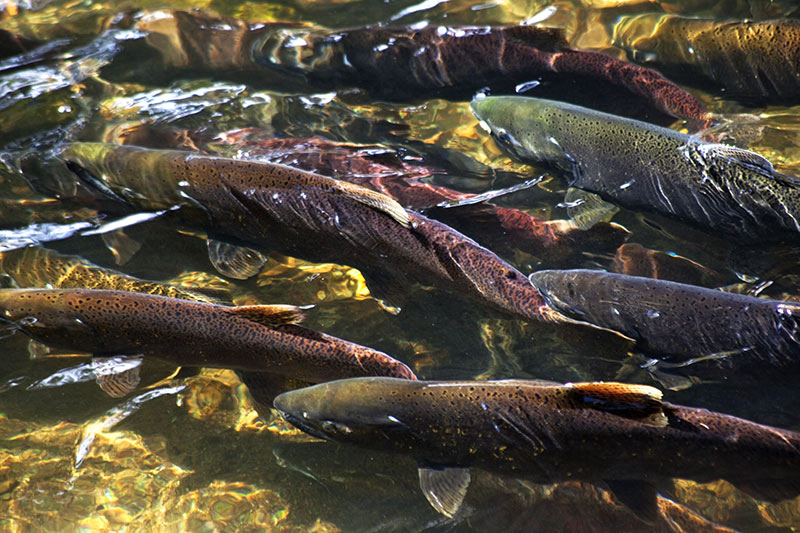 Thousands of salmon and trout swim right passed Bamberton in the narrow Saanich Inlet each year to spawn in the Goldstream River in Goldstream Provincial Park.

On 10th August, 2015, just three weeks after the land acquisition was announced, it was rumoured that the Malahat First Nation was set to announce a new partnership with Steelhead LNG, a Vancouver-based energy company, for the construction of a Liquefied Natural Gas (LNG) plant on their new property in Bamberton. (Source: Richardhughes.ca). On that day, instead, Chief Michael Harry resigned amid allegations that he was personally receiving a per-tonne fee for contaminated soil being dumped on land in the Shawnigan Lake Watershed, which is situated within the traditional territory of the Malahat First Nation. It is safe to assume that this bombshell delayed the announcement of the LNG plant partnership. (Source: Times Colonist).

The waters became considerably more murky when it was revealed that Active Earth Engineering, hired to do the environmental risk assessment of the landfill, worked closely with Cobble Hill Holdings and South Island Aggregates in a new company named South Island Remediation through 2013 and into 2014. The Shawnigan Residents’ Association is arguing that the dumping permits were issued on the basis of an environmental assessment produced by a business partner, past and/or present, of the company operating the landfill. That would appear to be a massive conflict of interest, and it certainly raises questions regarding their technical findings. A handful of people will potentially make a lot of money, and Shawnigan Lake stands to be polluted by the contaminants dumped in their watershed, contamination that will persist for many, many generations. Now, back to Bamberton. 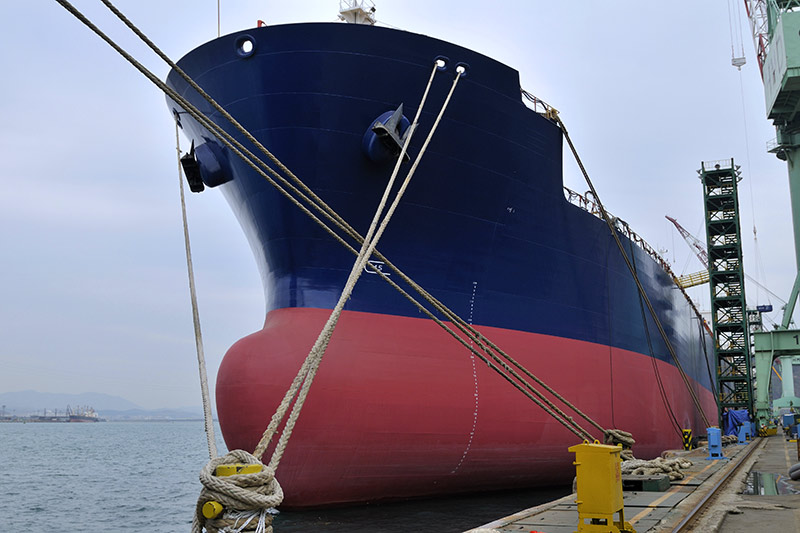 We all recognise that it is important for First Nations in British Columbia to develop economic opportunities on their own lands for the prosperity of their people. The benefits must be long term, and they must flow to all of their people, present and future, not just to those that negotiate the deals. First Nations have occupied these lands for thousands of years, and will remain on their lands for many thousands of years to come, so economic and development decisions must be made wisely, and protection of the environment must play an integral part of any sustainability plan.

The location of a LNG plant in Bamberton is a deplorable idea, for so many reasons. One only has to look at the map, and the location of Bamberton in the narrow Saanich Inlet, to grasp how utterly preposterous this plan is. Details of their plans are scarce at this point, as Chief Michael Harry is now gone, and Steelhead LNG and the Malahat First Nation are likely waiting for the current controversy to die down.

However, in the meantime, we are all free to hold our breath and wonder where the gas is going to be extracted, where the hydraulic fracturing (fracking) will take place, whose water aquifers will be poisoned, which water aquifers will run dry, what route the pipeline will take, and what the environmental impact will be, just to name a few obvious but stark realities. Fracking uses dangerous chemicals that are mixed with large quantities of water and sand and injected into wells at extremely high pressure to fracture the bed rock that traps the natural gas.

At a time when most liquefied natural gas export projects are at risk of being cancelled in North America, as a result of a looming global LNG glut, British Columbia appears to be in a panicked frenzy to frack and extract as much LNG as possible before the demand is gone, and gone forever, replaced by clean-energy alternatives. Exports could last twenty years, but the environmental destruction and contamination of BC’s water aquifers will last millennia.

Capital investment in renewable energy now exceeds capital investment in the fossil-fuel industry, and divestment in the fossil-fuel industry is gaining significant momentum. Investors clearly want to be part of the solution, not part of the problem. That shift will be welcomed by the majority of people on this ailing, polluted planet of ours. The many negatives of fossil-fuel extraction, and the use of fossil fuels as our main energy source, have been adequately revealed by many sources, so there is no need to regurgitate them here. We know we have to change to natural and sustainable alternative sources of energy, and we know that this change has to happen very soon. 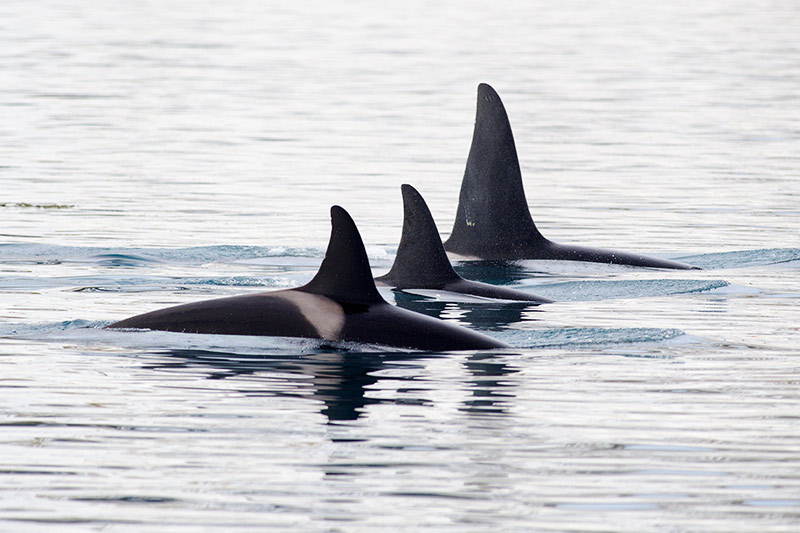 The Saanich Inlet is in the range of the Southern Resident Killer Whales pods, and transient orcas and other whales and marine wildlife rely on the waters around Bamberton.

The Malahat First Nation has the right – and the obligation – to negotiate economic opportunities for their people, but they do not have the right to put at significant risk the fragile environment and wildlife habitat of the Saanich Inlet and Haro Strait, along with the dozens of islands and marine reserves located between Bamberton and the Strait of Juan de Fuca, which is the perilous route LNG tankers are forced to take between Saanich Inlet and the Pacific Ocean.

We have always stood up for First Nation rights in British Columbia, but now is the time to stand up for the rights of all Canadians that will be impacted by the fracking, the pipelines, the LNG terminal, and the massive LNG tankers transiting our pristine waters. It is time for all British Columbians to be keepers of the air, the land and the water, and the dependent orcas, salmon, ravens and wolves that are so dear to the history and culture of the First Nations people of British Columbia.