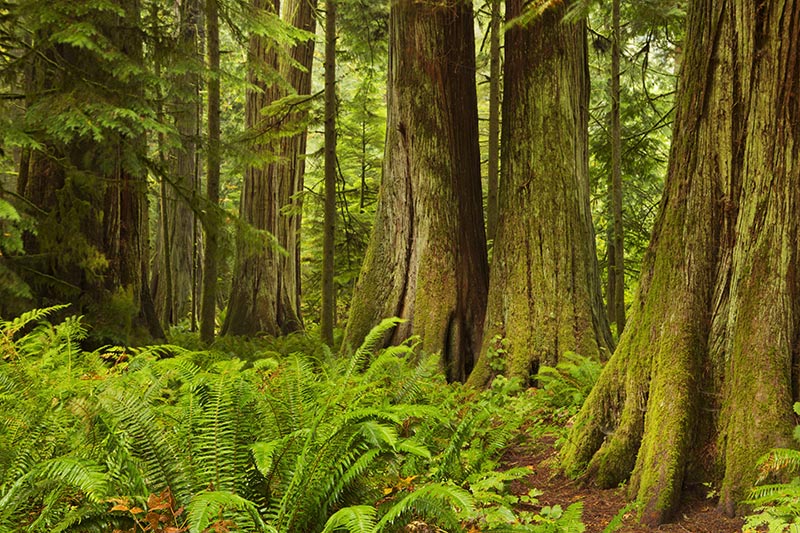 In recent years, there has been considerable public concern in Port Alberni over logging in its China Creek drinking watershed, in particular over McLaughlin Ridge’s magnificent old-growth Douglas-firs which shelter wintering deer and is also home to endangered species in the Alberni Valley.

Additional concerns have also erupted over proposed logging along “The Hump’s” forested highway buffer, at the “Lookout”, on Mount Horne above Cathedral Grove, and at the Cameron Valley Firebreak – which is akin to a “second Cathedral Grove” with its rare ancient Douglas firs and herds of Roosevelt elk. All of these stands are owned by Island Timberlands.

McLaughlin Ridge, the Cameron Valley Firebreak, and Mount Horne were all intended to be protected as Ungulate Winter Ranges for wintering deer and/or elk until negotiations between the B.C. government and Island Timberlands fell apart, subsequent to the lands’ removal in 2004 from their Tree Farm Licence (TFL). These lands, along with another 78,000 hectares, were once regulated to stronger public standards within their TFL’s – their removal thereby deregulated most of the environmental laws that otherwise would have protected the scenery, riparian zones for water quality and wild salmon, deer and elk winter ranges, endangered species habitats, and many old-growth stands, as well as restrictions on raw log exports.

However, hundreds of Port Alberni residents have attended public forums in recent years to speak out about the fate of these forests, and hundreds more have attended rallies against raw log exports where forestry workers and conservationists have stood together in solidarity. The Port Alberni city council has also passed a resolution calling for the protection of McLaughlin Ridge in the drinking watershed and has met with Island Timberlands over the past year seeking a conservation solution. During the same period, Island Timberlands seems to have taken pause at McLaughlin Ridge and has indicated that they are open to potential buyers – for how long, we don’t know. 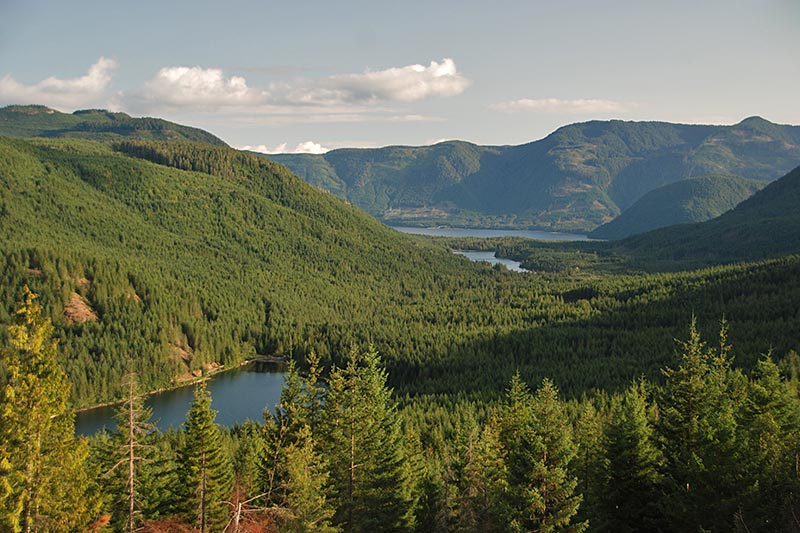 The fact that so many Port Alberni residents are standing up for both environmental protection and sustainable forestry jobs today seems quite incredible if you remember the early 1990’s. During the era of the Clayoquot Sound protests, Alberni had a reputation among environmentalists as the town to avoid while hitch-hiking to Tofino. Today, Port Alberni has become a major centre of environmental concern for forests. For those who’ve experienced the history, it may seem quite remarkable – but not if you realize that it’s in the interest of forestry workers to ensure a sustainable industry that retains jobs, and for environmentalists to support sustainable forestry jobs in order to transform the economic and political forces causing the environmental destruction.

Port Alberni in the 1970’s was reputed to have the highest per capita income of any town in Canada due to numerous high-paid, unionized forestry jobs based on the “green gold” – vast stands of accessible, valley-bottom giant Douglas firs, Sitka spruce, and red cedars in the region. By 2014, with the best old-growth stands long since depleted, Port Alberni was ranked at the bottom of MoneySense magazine’s annual list of the best places to live in Canada. Port Alberni residents have been understandably irked by the label, given the down-to-earth kindness of many of the local people and the area’s natural beauty.

The situation in Port Alberni, from extreme economic prosperity to significant collapse, has been shared by many of B.C.’s coastal communities over the past two decades – and in fact, by communities around the world as a result of the pattern of unsustainable, high-grade resource depletion.

B.C.’s forest industry was historically built on logging the biggest and best old-growth stands in the valley bottoms and lower slopes. Over time, the remaining trees have become smaller in size, lower in value and more expensive to reach on steep slopes at high elevations, far away in valley headwaters. Today on Vancouver Island, over 90% of the productive, valley-bottom old-growth forests that historically built the forest industry have now been logged. This has resulted in diminishing returns for the forest industry as expenses have gone up and revenues have declined, resulting in the closure of old-growth dependent sawmills everywhere and the loss of thousands of forestry jobs. In the mid 1990’s almost 100,000 people were directly employed in B.C.’s forest industry – today, about 60,000 remain. 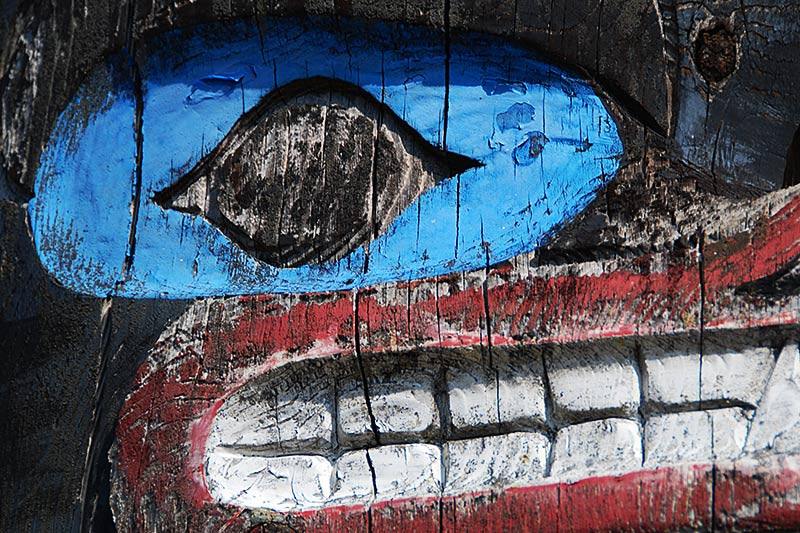 Around the world – whether one looks at fishing down the food chain or old-growth logging – this pattern of high-grade resource depletion of taking too much, too fast of the biggest and best, has resulted in the collapse of both ecosystems and of resource dependent communities. Not only do we lose the biodiversity – and water quality in this case – we lose the jobs.

The decline in forestry employment has particularly been exacerbated as the B.C. Liberal government has largely deregulated the forest industry, removing the local milling requirement in 2003 that – had it remained – would have mandated that companies convert their old-growth mills to handle the maturing second-growth stands. Instead, as the original mills shut down, there has been a mass exodus of raw, unprocessed logs leaving the province for foreign mills, facilitated by the B.C. government which has been marketing our logs and last old-growth stands in China.

However, the people of Port Alberni are speaking up today for their drinking watershed, their last old-growth stands, and for sustainable, second-growth forestry jobs. An individual of particular note is Jane Morden, the coordinator of the Port Alberni Watershed-Forest Alliance, and her team of concerned residents who have worked hard to bring these issues to the forefront of municipal and provincial attention in recent years. Over the past year there have been talks between the municipality and the company towards a possible resolution for McLaughin Ridge – although nothing is ever certain until there is legislation and funding, which will require provincial leadership now.

In a move that could bolster the local momentum, 16 major conservation and recreation organizations, including the Port Alberni Watershed Forest Alliance and the Ancient Forest Alliance, signed a statement in January calling on the B.C. Liberal government to establish a $40 million/year Natural Lands Acquisition Fund that would help to purchase and protect private lands of high environmental value – for example, McLaughlin Ridge and Mount Horne by Port Alberni.