The Tolkien Giant of the Central Walbran Valley 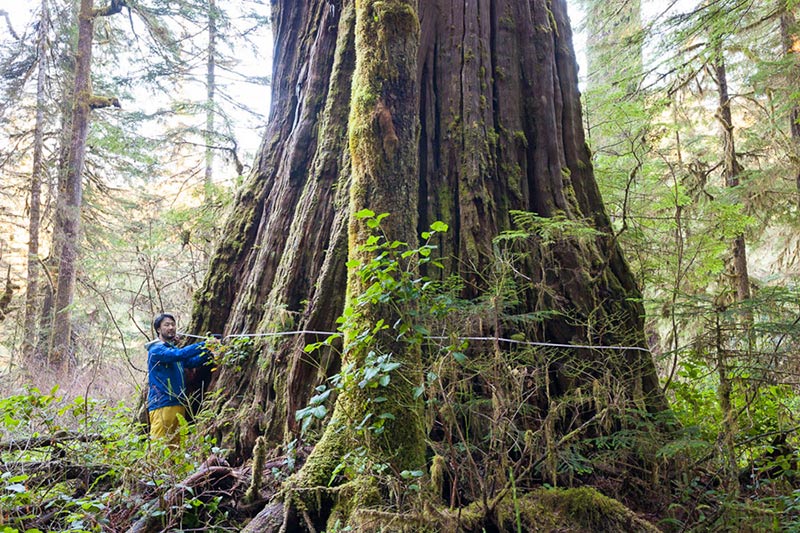 Conservationists with the Ancient Forest Alliance have located and measured two huge western red cedar trees, one of which makes it into the top 10 widest red cedars in BC, in the endangered Central Walbran Valley on Vancouver Island, British Columbia. The Tolkien Giant comes in as the 9th widest western red cedar in BC, according to the BC Big Tree Registry.

“In the giant trees and in the soil, the old-growth temperate rainforests on Vancouver Island store more carbon per hectare than even tropical rainforests do – and massive amounts of carbon are released when they are logged and converted into second-growth tree plantations, which will take 200 years of growth to re-sequester the lost carbon,” stated Ken Wu, Ancient Forest Alliance executive director.

Not only are old-growth forests important for the climate, but also for tourism, endangered species, clean water, wild salmon, and many First Nations cultures. TJ Watt, Ancient Forest Alliance

“Poor forest management and destructive logging are one of the largest greenhouse gas emissions sources in the province and at a time when Christy Clark is touting her climate change record in Paris, the province needs to come up with a science-based Old-Growth Protection Plan to save the endangered ancient forests of Vancouver Island and beyond.”

“Not only are old-growth forests important for the climate, but also for tourism, endangered species, clean water, wild salmon, and many First Nations cultures,” stated TJ Watt, Ancient Forest Alliance campaigner and photographer. “The Central Walbran Valley includes the grandest ancient red cedar forests in all of Canada, in large part because the region has the finest growing conditions in the country. But its days may be numbered unless the BC Liberal government wakes up.”

The Tolkien Giant lies within a narrow and tenuous forest reserve (an Old-Growth Management Area), but logging is planned in the old-growth forest on the adjacent slope, including in the grove where the Karst Giant is found. The Karst Giant is found exactly on the boundary of a proposed cutblock and it is unclear whether or not it will be cut or left standing (but even if left standing, it would be exposed to being blown down by the fierce winter winds through the adjacent clearcut). 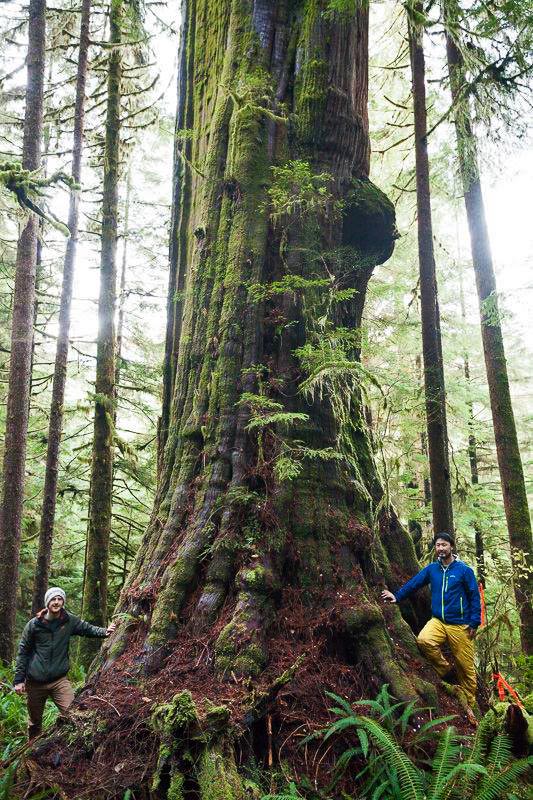