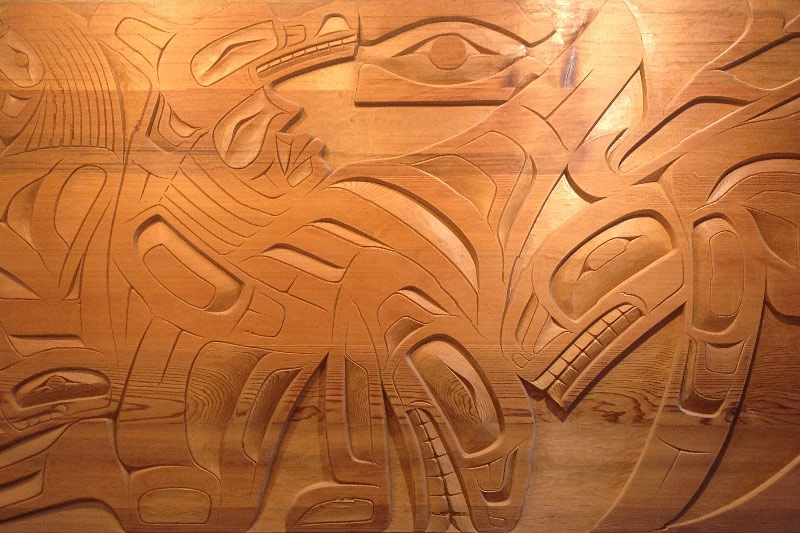 Part of the mission statement of Strathcona Park Lodge on Vancouver Island is empowering and inviting: teaching people to care for each other and the natural world. It made sense to Jamie Boulding and Christine Clarke, directors of the Lodge since 1993, to display a visual representation of Strathcona Park Lodge’s values, welcoming guests and reminding the SPL family what their purpose is.

In 2009, Master Carver Sanford Williams was the couple’s choice to commission masks using the creativity of traditional, westcoast native art to reflect their company’s values. When Williams began designing the story of transformation, the idea became more involved. His scale design could only represent smaller and fewer figures on a mask. The project changed so that Sanford could have more room to express his creativity. 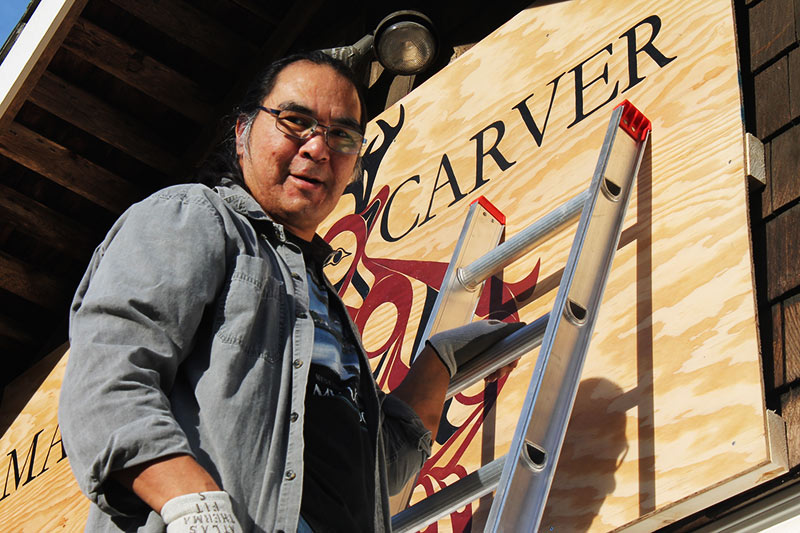 “Westcoast legends often talk about the transformation of human to wolf, or human to killer whale,” Sanford says, reflecting back on how the mural was created. “This carving was more than just commissioned work. It was going to speak to people

[from all over the world] for many years to come.” He believed that the determination to change for the better can prove to the individual how strong they really are.

No one knows better than Sanford Williams, who survived the abuse and unconventional upbringing in residential school. For years, Sanford turned to carving as a way to heal. During trying times, he knew there was no resolution in substance and underwent professional treatment. All the while, Sanford carved. The strength of the animals depicted helped him move forward. 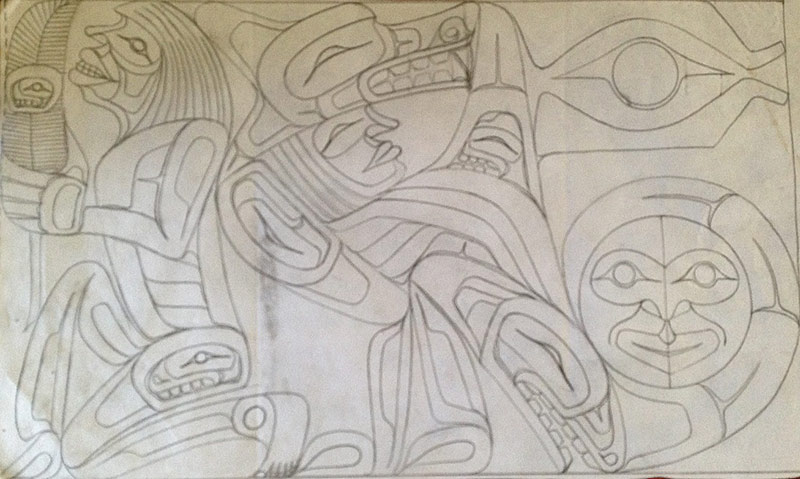 In the Transformation mural, Sanford Williams incorporated the legends of the Mowachaht transformation belief with SPL standards. As with most art, interpretation is subjective. However, the continuity of the legends that Sanford worked with can be viewed as such:

The idea that the process continues with each life can be viewed crosswise as each living being and the elements have the ability to influence each other in a unbroken cycle. 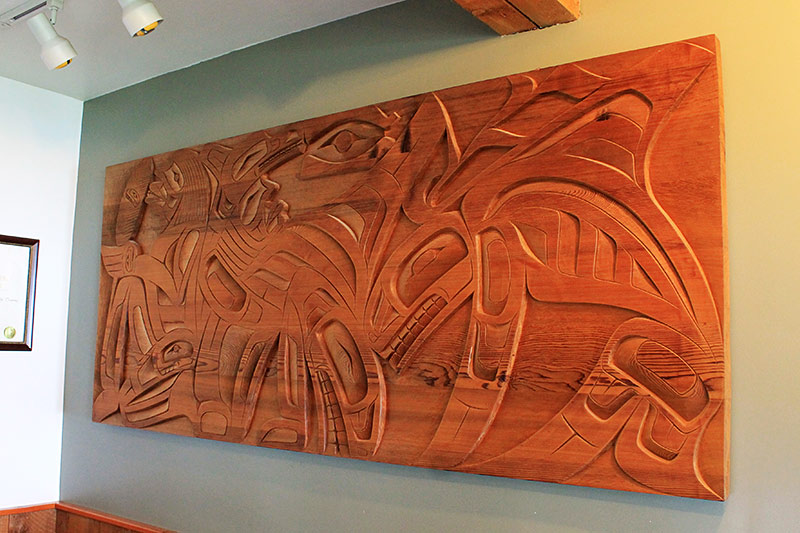 Throughout the designing process, Boulding and Clarke asked Williams how he could include the SPL logo to be part of the mural. Out of three separate plans, Sanford created one in particular where the SPL logo was used in place of “grandfather moon”, where transformation occurs in Mowachaht lore. The significance of how SPL could be viewed as the place of change was perfect, allowing Sanford to begin the carving process on a 1×2-metre panel.

After two years of consulting and designing, laminating and carving, the result is a gorgeous full-sized mural made of red cedar that currently calls Strathcona Park Lodge its home.

In 2011, Transformation was presented to SPL and displayed in the guest reception area at the main entrance. At last, the inspirational mission statement meant to inspire everyone was now recreated as a visual piece to be admired and allow anyone who views it to explore their potential. 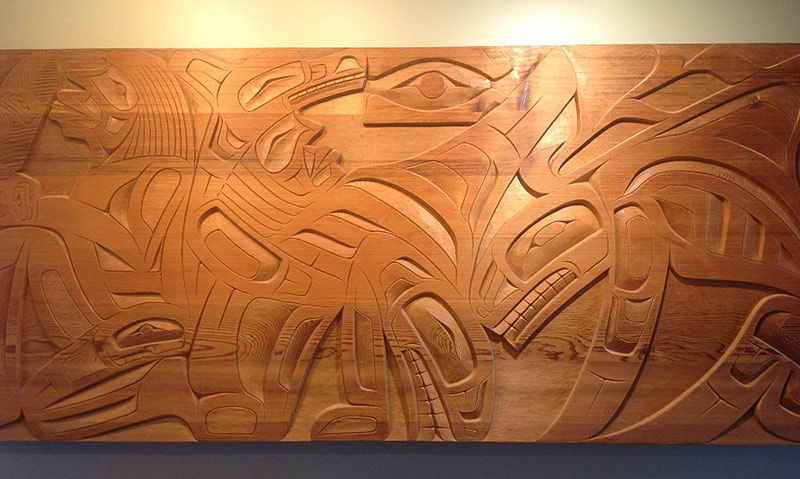